What’s the best metric for evaluating storage? No one has come up with one yet.

Grid-scale energy storage is getting a lot of attention this year. Pricing has come down and perceived value has come up — expanding the commercial viability of different technologies.

But the story is much more complicated. There are plenty of important technical and market-based nuances that need to be considered.

Technically speaking, battery chemistries drive performance, and they vary greatly. New nomenclature and standards are needed for comparing batteries across applications. As anyone who has cycled batteries in the lab will attest, the lifetime of the battery is dependent on how the battery is used and under what conditions.

Performance turns out to be difficult to communicate using a spec sheet, and vendors self-select the data they share. Consequently, the energy storage business has a bad reputation for over-promising. 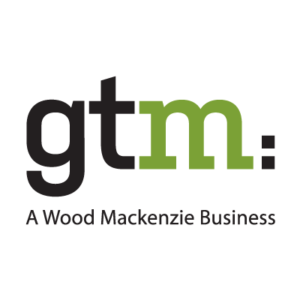 Further complicating things, journalists and the general public often confuse a battery’s kilowatt or megawatt rating with its kilowatt-hour or megawatt-hour rating. The first is a power rating; the second is an energy rating. Energy is the capacity to do work over time (cumulative), while power is the rate at which energy is generated or used (instantaneous). Batteries are typically designed to maximize performance for one or the other, depending on the application.

Currently, the best metric for comparing grid-scale batteries is $/kilowatt-hour over the predicted lifetime. But $/kilowatt-hour is not typically provided by OEMs, and it’s easy to understand why: the metric is too dependent on variables that are impossible to characterize. All cycles are not created equal, nor is a battery’s usage-based lifetime easily predictable.

A battery that excels at 2-hour peak shaving may not be the best battery for frequency response, and vice versa.

A major example of the consequences: the repowering of Duke Energy’s $44 million, 24-megawatt-hour Notrees storage project in Texas’ ERCOT territory.

A theoretical example would be a disappointed consumer whose power-limited Tesla Powerwall trips off because it can’t simultaneously power the HVAC, refrigerator, and flatscreen TV, even though it has the energy to do so.

The situation is only going to get more confusing as energy management companies start to stack benefits and use the same battery for a range of applications.

So what is the best metric for evaluators? The path of least resistance is to report $/kilowatt-hour — but under standardized conditions, including temperature.

For example, cycle life and $/kilowatt-hour should be provided by OEMs according to two use cases: 1) energy “marathon” mode; and 2) power “sprinter” mode.

The above would give investors and program managers a levelized $/kilowatt-hour perspective with which to make informed decisions — although it wouldn’t solve the benefits-stacking lifetime questions that are upon us.

The Rocky Mountain Institute just released an excellent review of the economics of battery storage, which outlines 13 grid services best suited for energy storage, and recommends stacking services to extract the most value from the assets. But nobody really knows what effect benefits stacking will have on battery lifetimes, which will almost certainly be negative.

The industry needs new tools to ensure energy storage does not over-promise. For example, Sandia National Labs developed a test specifically for fast charge and discharge frequency regulation called High-Rate-Partial-State-of-Charge (HRPSoC). The acronym is not very catchy, but the test simulates the ancillary regulation services of utility and wind farm energy-smoothing. Test methods that are developed and applied for specific and multiple ancillary services will help avoid future issues like those experienced with the Notrees project.

In conclusion, grid-scale and behind-the-meter energy storage is full of promise to help stabilize the grid and decrease the costs of delivering electricity. Public and customer expectations have never been higher, which raises the risk of the industry under-delivering (again).

The best way to mitigate this risk is to improve the tools for comparing across technologies and vendors, as well as communicating performance specifications that are aligned with use cases.

“Marathon” and “sprinter” metrics would go a long way toward providing a more accurate view of energy storage project economics, which can swing by millions of dollars based on a system’s true lifetime. Energy storage technology is finally at a place where product performance can and should speak for itself.

Read the article on Greentech Media.